Association “Demetra” is registered in the Burgas Regional Court in 1997 as a non-profit association under the public benefit under the Law for Non-Profit Organizations.

Following the made changes the registration address is city of Burgas, 102A Sheinovo Street. The association is managed by a Management Board, consisting of three members, chaired by Ana Dimitrova Burieva – predicted by statute from year 2010.

During the years of its existence the association has actively participated in the lobbying and adoption of the law for protection from domestic violence, its implementation, carried out programs for education of specialists working in this field such as police officers, prosecutors, judges, social workers, etc. We have also provided a variety of services and programs for work with violent perpetrators.

The organization also actively works in combating human trafficking, sexual exploitation, and violence based on gender.

Association “Demetra” is part of the Alliance for protection from violence based on gender. 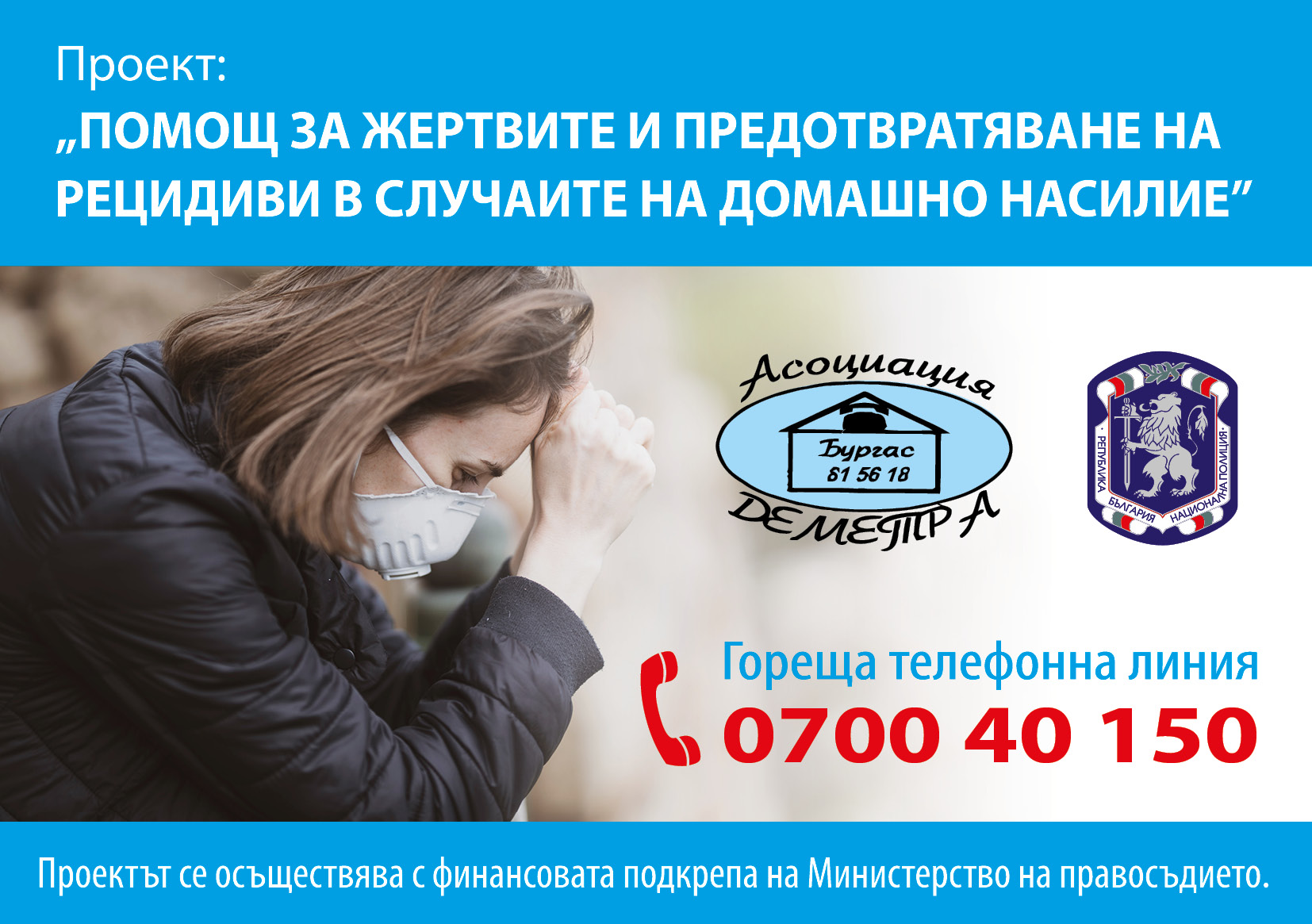